I am sick and tired of Fires of Invention + Yorion, Sky Nomad Standard. I’ve gotta say, climbing ladder the last few days has been quite a bit of a slog. It really doesn’t even feel good to win in Yorion mirrors when you realize you can boil it down to how many copies of Elspeth Conquers Death, Agent of Treachery, and Fires of Invention the two of you draw. It’s 30 minutes later and apparently one of us won but I honestly couldn’t tell you what the match score was… 2-0? 2-1?… 1-0 and somebody just gave up during sideboarding? 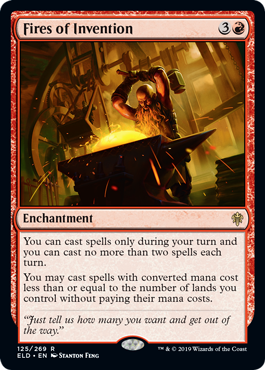 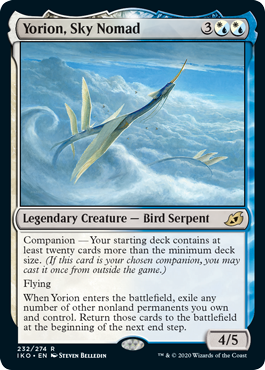 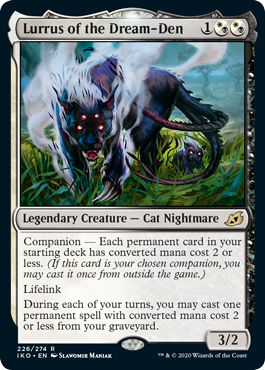 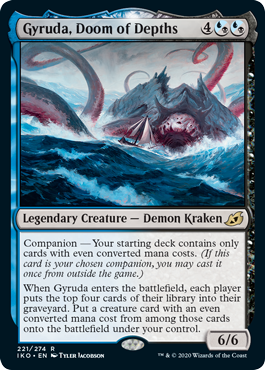 Instead of dwelling on these decks and their impact on Standard, I’m going to be focusing on something a little different in this article: Self-Mill!

Self-Mill decks are complete and total fantasy-land 99% of the time somebody tells you they’ve built one. I promise. It takes an extreme set of circumstances to make Self-Mill decks good. But hey, we’re living through one of the most severe global pandemics in history and conspiracy theories about 5G towers are more popular than ever before, so anything is possible.

I have been toying with variants of this deck for at least six months at this point, mostly because what this deck is trying to do is at the perfect intersection of powerful and fun. While Thassa’s Oracle looks like the main goal of this deck, it exists here much more as a fallback if the game goes too long. The main aim of this deck is to get The Great Henge into play quickly and draw as many cards off of it as possible, creating a clogged board and a card advantage engine that the opponent cannot catch up with. 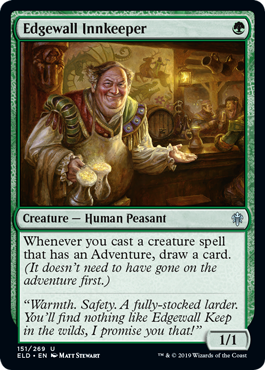 Vantress Gargoyle and Lovestruck Beast are the cheap large creatures that help this deck cheat out The Great Henge. The former (and Henge itself) powers up Emry, Lurker of the Loch, and the latter justifies the inclusion of Edgewall Innkeeper. 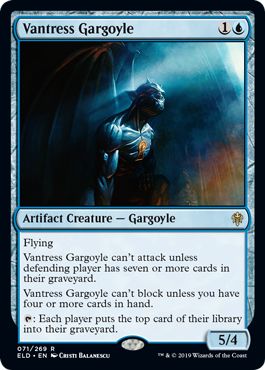 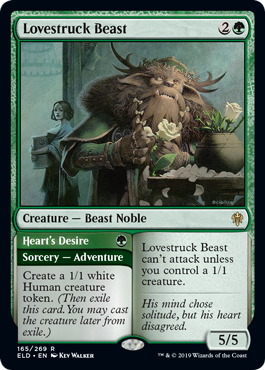 While this certainly looks like a total hodgepodge of cards, there are little interactions here that make these cards into a cohesive whole. Vantress Gargoyle is an artifact for Emry, a large cheap creature for The Great Henge, and is a very reasonable way to win the game in the air. Skull Prophet provides both mana and self-mill, which are both at a premium. Cauldron Familiar + Witch’s Oven is a tale as old as time, and in this deck it allows you to stall the game out until you can assemble an insurmountable card advantage engine. Additionally, both halves can be found easily with Emry and draw you additional cards once The Great Henge is in play. 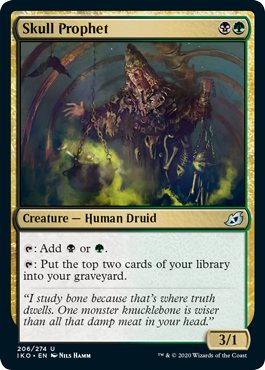 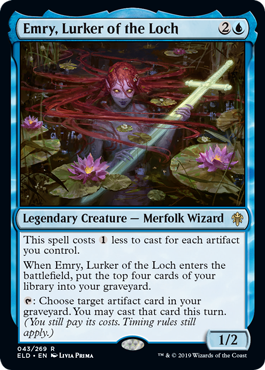 This deck is certainly a lot of fun, and I certainly recommend giving it a whirl… what’s that you’re saying? Every deck needs a companion in 2020? Ok fine, you win…

This deck has a very similar concept and core card advantage engine as the first decklist, but with the mandatory addition of a companion. Obosh’s deckbuilding restriction actually doesn’t put much of a squeeze on the first list, with the notable exclusion from this list being Vantress Gargoyle. Gargoyle, while not spectacular, did a lot of things in the first deck, including giving Emry another meaningful hit and being a way to cheat out an early Henge. 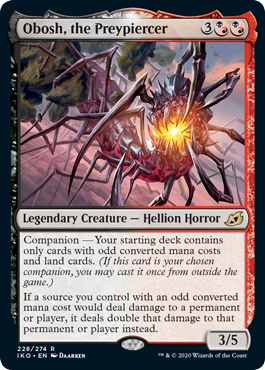 To make up for this, and to take advantage of the free Obosh, the Preypiercer we have in hand every game, this deck has a powerful combo finish with Mayhem Devil and Woe Strider. As mentioned a bit earlier, this deck’s core is very good at putting a bunch of creatures on the board and creating a big ground slog. Mayhem Devil + the Cat/Oven combo is a great way of taking advantage of this, and the deck was already hungry for more graveyard interaction and larger creatures, so Woe Strider was bound to find its way into this deck. 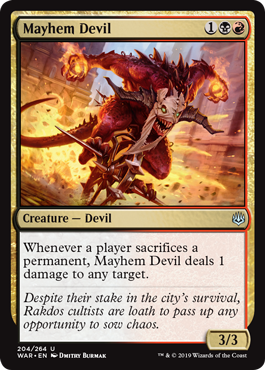 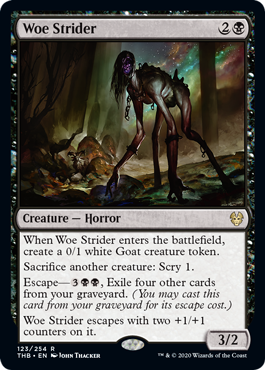 God-Eternal Bontu effectively acts as the fifth copy of Woe Strider that can’t be cast from the graveyard, plus it plays very well with the Strider in addition to very easily one-shotting your opponent with Mayhem Devil in play. Salvager of Ruin is a pretty bad card that does just enough to warrant at least a one-of in this deck, in my opinion. It’s a free sacrifice effect that triggers Mayhem Devil, that can also save Mayhem Devil or Obosh from removal, and can be recurred with Emry. It also acts, in conjunction with Emry and Woe Strider as an additional, albeit somewhat marginal, card advantage engine turn over turn. 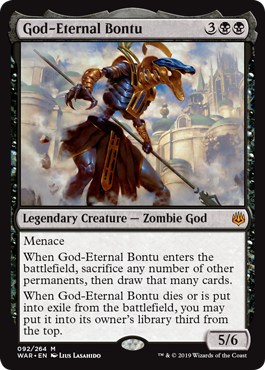 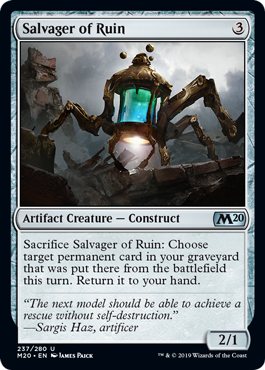 Hey Jonah, seems like the mana in this deck is terrible…

Yup, sure is! It’s incredibly reliant on the Triomes in the deck and can’t afford to play too many shocklands because Fabled Passage is a near auto-include in any deck that includes Mayhem Devil. Additionally, the curve of this deck is so low and the need for a critical mass of card advantage engine pieces is extremely high that you can’t quite afford to play more than 22 or 23 lands. It’s awkward, but aren’t we all sometimes. 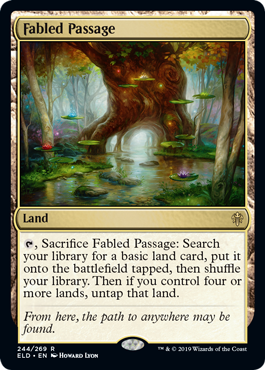 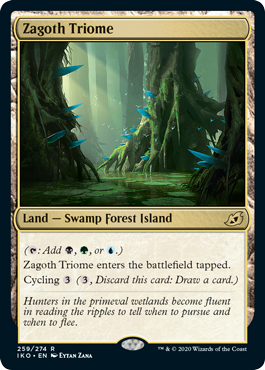 Companions aren’t likely to last very long in… well… any format of note, and I can’t imagine that Standard is any different. The play patterns that are repeated over and over again simply aren’t enjoyable, which is a combination of factors that has necessitated bans in the past (looking at you Oko). In the meantime, the competitive edge is gained by refining your companion skills, but, at least for me, that’s not where the fun is found at the moment, and as such I’ll definitely still be toying with these types of decks, even if they’re not the most competitive.

Andrew Eaddy thinks that Ikoria hasn’t hit the apex of its power in Modern yet. Check out his new Jeskai deck featuring Vadrok, Apex of Thunder, right here on Reasons Past.