COVID-19 has put a pause on physical tournament play, altogether hampering the ‘gathering’ element of this game we all love. Fortunately, however, innovation has not been lacking over this wild past couple of months, and as a result, Modern is witnessing the rise of an old archetype with some new tools: Gruul Ponza.

Gruul Ponza has existed in the annals of Magic history for decades, albeit often on the fringes of various metagems, but in recent weeks the deck has become a more serious contender in the Modern format.

A large contributor to Ponza’s rise in popularity is the deck’s shift in focus from relying heavily on employing early Stone Rain effects to a more aggressive, creature-based strategy. Additionally, the inclusion of new creatures like Bonecrusher Giant, Seasoned Pyromancer, Magus of the Moon, and Klothys, God of Destiny has given the deck new offensive tools and more resilience against offensive strategies in the format.

At the moment, Modern has a few defining game plans. Decks like Amulet Titan, Jund, Uroza variants, and Mono-Red have all appeared in high frequencies online, and have also shown themselves to be quite successful in the current field. The changes to Ponza have positioned the deck extremely well in a field of this sort, however, possibly explaining its recent popularity.

The argument for a positive Amulet Titan matchup is rather intuitive — despite Ponza’s shift in focus, possessing early and consistent land destruction capabilities will always lineup nicely against a Titan opponent.

Against decks like Jund and Mono-Red, the addition of more creatures on the back of disruption and quality removal, has made the matchups much more favorable.

Finally, against decks with a more controlling game plan such as Uroza variants or Bant Control, a combination of Magus of the Moon, in addition to a more robust sideboard containing cards like Cindervines, Choke, and Collector Ouphe, had shored up a number of weak spots previously existing in the matchup. 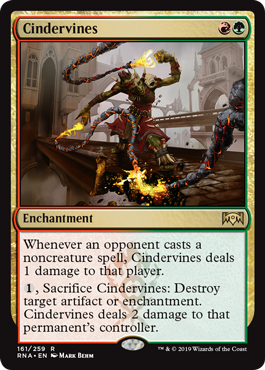 But enough talking about Ponza in the abstract; let’s take a look at a sample list piloted by _kg at a Modern Super Qualifier earlier this month:

A lot of the usual Ponza suspects appear in this list. Spot removal in Lightning Bolt, early acceleration in Utopia Sprawl and Arbor Elf, and land destruction in Pillage are all fairly boilerplate card choices for this archetype. As mentioned earlier, the biggest shift in this deck since its rise is the threat suite, which has become more diversified and has also moved from being Planeswalker-heavy to being more creature-oriented. 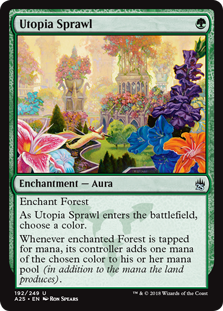 First, Seasoned Pyromancer is a massive addition to the Ponza deck. The card makes a total of five bodies over its lifespan which, in an aggressive Modern format is extremely important. Pyromancer also helps feed cards like Scavenging Ooze and Klothys through discard, creating a very powerful and synergistic early game. Finally, Pyromancer is also a stellar late-game topdeck; effectively a Gray Ogre that draws two cards and creates value from the graveyard. 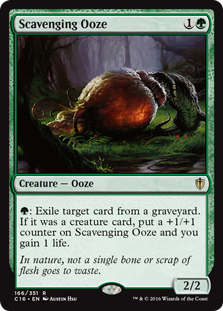 The other major addition to the Ponza deck is Klothys, God of Destiny. Klothys is an extremely powerful tool in this deck primarily due to updated Ponza’s more aggressive bent. Effectively each turn, Klothys is either turning a one-spell turn into a two-spell turn, pushing the aggressive strategy, or it is actively clocking opponents as a vehicle of attrition. This is all to say that Klothys is a strong addition to Ponza even when it’s not a creature, but given the increase in creature count in the Ponza deck, it can be turned on much more easily, making it an even more potent threat.

Finally, Bloodbraid Elf needs to be recognized in this deck as possible the glue that holds it all together. Between the Elf and Klothys, it’s clear that two-spell turns are when this deck is really able to turn a corner and both pressure and disrupt to full capacity. 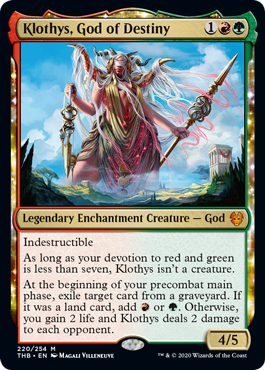 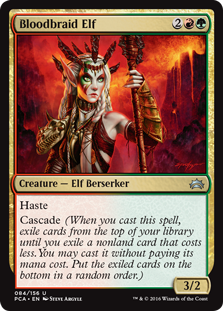 Imagine playing a Forest into an Arbor Elf on turn one. This is a fairly typical, unassuming start. On turn two this deck can play a Stomping Ground and suit it up with a Utopia Sprawl, allowing for a turn two Bloodbraid Elf into a ton of potent cards like Klothys or Seasoned Pyromancer. I don’t think there is a deck in Modern that would be comfortable facing down a board of Arbor Elf, Bloodbraid Elf, Klothys, God of Destiny, and a Utopia Sprawl on turn two. To take this scenario just a bit further, turn three would leave you with six mana available, and would require only two more pips to turn on Klothys.

While this isn’t going to happen every match, or even in most matches, variations of this play pattern exist pretty frequently with this deck, which is an exciting prospect for a deck like this.

Generally speaking, this deck has a lot of elements that make it attractive. This deck has really strong card advantage pieces with Bonecrusher Giant, Chandra, Torch of Defiance, the Pyromancer, and Klothys doing a ton of work in the early and late game. It has a clock and some must-answer threats like Glorybringer, and it has relevant disruption in Lightning Bolt and Pillage. 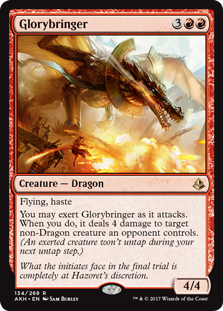 With a strong, versatile list that can be tuneable to varying metagames and a good suite of matchups in the current Modern format, I would strongly suggest trying this deck out online soon. The deck’s sideboard and disruption package will also lead to a few free wins which, in my opinion, is always an important trait of a good Modern deck. Just beware, as the deck is being viewed as “the real deal” these days and will be in opponents’ minds during leagues.

Ikoria: Lair of Behemoths is being released online later this week! Check out Jonah Gaynor’s first take on using Ultimatums to success in standard right here on Reasons Past.

One thought on “An Old Dog With Some New Tricks: G/R Ponza in Modern”