Welcome to Modern in 2020, where the best thing you can be doing is casting Primeval Titan on turn three. 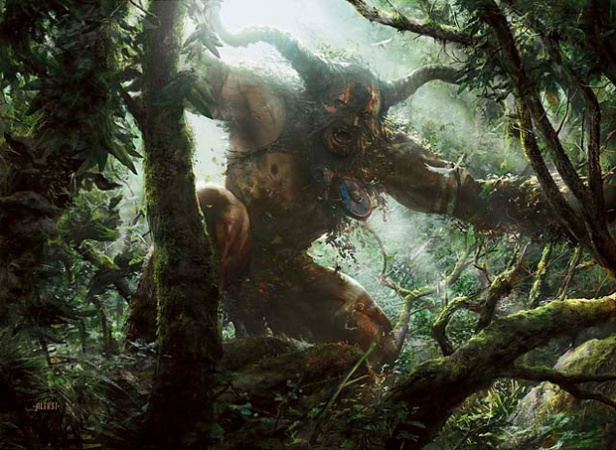 If there was any question about Amulet Titan’s position as the top deck in Modern, this past weekend erased any lingering doubts. In the SCG Richmond Team Open this past weekend, Amulet TItan showed up 6 times in the Top 16, making up nearly 40% of that group. Outside of the Open, the deck has been performing consistently in IQs and online PTQs.

Despite the current dominance of Amulet Titan in the format, however, the rest of the Modern field has been fairly open, especially after the recent bannings of former Modern favorites Mox Opal, Oko, Thief of Crowns, and Mycosynth Lattice.

Thanks to this open field, a number of interesting decks have been turning up in Modern lately, including Heliod, Sun-Crowned combo decks, Aaron Barich’s Golgari Yawgmoth brew, new Storm variants, and even 5-Color Niv-Mizzet decks. And if you haven’t seen the hot tamale that Caleb Durward piloted to a Top 32 team finish in Richmond, brace yourself for Storm Herald and Eldrazi Conscription.

Just like Pioneer, Modern is an open playground. But while many have opted to develop new decks and strategies for Modern, others have gone back to an old Modern staple that has actually picked up quite a few additions in the last twelve months, and that’s good old Jund.

The classic deck has put up a few impressive finishes over the past couple of weeks, including 6th place at the SCG Richmond Team Open in the hands of Mac Schrantz, and both a second-place finish (by musasabi) and twenty-fifth place finish (by NightShadowJ) at the Modern Showcase Challenge.

The cards Lightning Bolt, Fatal Push, and Inquisition of Kozilek are very powerful right now, and Jund gets to play all three of them. In terms of more versatile interaction, Kolaghan’s Command is a very efficient removal and discard spell in Modern right now, heavily punishing other popular decks such as Tron and Urza, where it is nearly always a clean 2-for-1.

These powerful disruptive options, combined with the fact that Modern is a very open and creature-centric format right now has led to a state where Jund is really well positioned to take down big tournaments.

Now, even with Ashiok, Dream Render in its toolbelt, Jund has historically been easy pickings for competent Amulet Titan pilots. This is made evident by the Jund deck’s second place finish in the Modern Showcase Challenge, where it lost in the finals to none other than Amulet Titan. The size of Primeval Titan and the deck’s ability to go over the top of the fair game plan Jund tries to employ generally means that the midrange deck has a lot of trouble stabilizing and closing out the game. 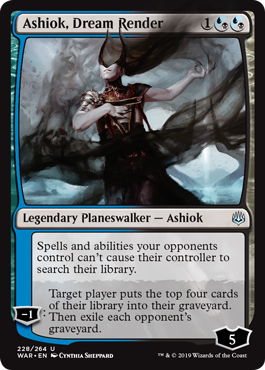 Outside of one lopsided matchup, the addition of tools from Modern Horizons, Throne of Eldraine, and Theros: Beyond Death over the past nine months have made the deck seem primed to not only compete in big tournaments, but also have a good shot at winning them. Here’s a look at some of the biggest cards to join the Jund ranks from those sets:

To begin, Jund getting its own Horizon Canopy in Nurturing Peatland is a big deal. A free card advantage engine is crucial in a deck that plans on removing threats one-for-one, as it allows the Jund player to refill his or her hand after dealing with their opponent’s cards in the early game. This card advantage, paired with Wrenn and Six’s ability to recur Nurturing Peatland for even more cards, or act as removal for crucial one toughness creatures has added a ton of consistency to the deck.

Seasoned Pyromancer is another strong addition to Jund, albeit for different reasons. Not only does Seasoned Pyromancer enable Kroxa, Titan of Death’s Hunger, a card I will touch on a little later, but it also helps the deck go wide early in the game against the Mono-Red Prowess decks that have been running around in the format. Jund relies heavily on always being able to have a board presence, and Seasoned Pyromancer is a great tool to make that happen. Throne of Eldraine brought Jund Murderous Rider, which is the epitome of a classic Jund card. It’s a both an efficient removal spell and a medium-sized body with lifelink, which makes it an incredibly powerful option for Jund decks to have access to. 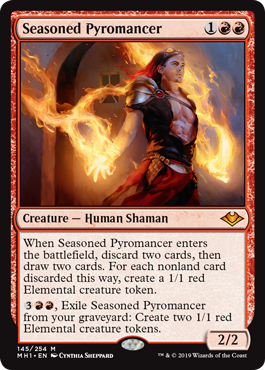 Finally, Theros Beyond Death gave Jund Kroxa, Titan of Death’s Hunger. Now this is an interesting addition to the Jund card pool, given it’s still very new and untested. On its face, it seems like a strong card for Jund in the current meta – a 6/6 body by itself has value in a Primeval Titan-dominated Modern format, but the ability to follow up a turn-one Thoughtseize with a turn-two Kroxa and then bring it back on turn four after tearing apart your opponent’s hand seems like a very attractive and easy-to-assemble line, which will often outright win you the game.

The flexible nature of Jund’s card pool allows the deck to mold itself to different Modern metagames, so if you’re going to a FNM or an SCG Open, I would at least test Jund out. The deck has all the tools to take a tournament down, and in the right hands, it just might do so soon.

Interested in exploring the new limited format? Jonah Gaynor takes you through his Sealed pool from Grand Prix New Jersey, and what he thinks he could have done better after the event!