Infect is often regarded as unbalanced for commander, negating the doubling of life that comes with a slower, 100-card singleton format. The ability to play creatures that essentially quarter your opponent’s life total is, while far from the most broken thing you can do in commander, one of the scariest, making any Infect player a huge target.

That’s why we don’t want the table to see it coming.

This week I have a Surprise Infect list featuring Varolz, the Scar-Striped as the commander. The goal is to spend the first 2-3 turns ramping and playing Varolz, dropping an infector turn 4, (shocking the entire table), then self-milling into a Phrexian Dreadnought or Death’s Shadow on turn 5 and nuking your opponents.

I’ll start off by talking about the myriad of options for Surprise Infect in Commander, then go into why I chose Varolz, how I built the deck, and some tips for making it work.

As always, I hope you enjoy!

Since infect cards are, barring a few exceptions, unique to the Scars of Mirrodin Block, Infect in commander is heavily restricted by the relatively low density of card options. Despite this, there are a wide range of relatively low-cost infectors in every color, the best of which are, as one would expect, in Sultai colors.

There are a few commanders that directly pertain to infect and proliferate, namely Atraxa, Praetor’s Voice and Skithiryx, the Blight Dragon, while Volrath, the Shapestealer, Ezuri, Claw of Progress, and The Scorpion God are some common options that boost the strategy. The problem with playing these commanders is they often get targeted down from the beginning, prompting everyone to save their counterspells and removal for the inevitable infectors.

Much like Nekusar Wheel, we can hide our infect strategy with a less popular commander and strike all at once. One of the primary ways of accomplishing this is through the use of cards that grant infect, allowing us to play out and attack with our giant 12/12 creatures without drawing any suspicion, then Tainted Strike for lethal.

The cards that grant infect are relatively few and far between, shown below

One thing to note is that, all of these cards are in Sultai colors, and almost all of them are in black. 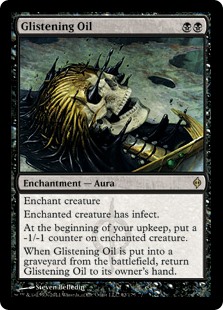 Another way to implement Surprise Infect is a haste enabler + pump spells, the majority of which are in Gruul (see Xenagos, God of Revels).

The last way I thought to implement Surprise Infect was by picking a commander that searched up a particular infector or a card that could give something infect, such as Golos, Tireless Pilgrim and Inkmoth Nexus or Nazahn, Revered Bladesmith and Grafted Exoskeleton. The problem with these strategies is they can be very fragile as there aren’t many redundant pieces (although you could throw in some protection effects like Consecrate Land and Darksteel Garrison or Leonin Abunas and Ironclad Slayer).

Taking into account the fact that most of our options are in Gruul and Sultai Color combinations, I thought of using the following commanders for this project.

While I think most of these options are fairly strong, I chose Varolz for consistency. Being only two colors makes the mana base very straightforward, and having access to a pump spell in the command zone means that we can always claw our way back into the game if someone breaks our glass cannon.

Green and black pack the largest density of infectors, with icons such as Glistener Elf and Phyrexian Crusader, and these are the ones that made the deck.

We’re less concerned with big, flashy spells such as Skithiryx, which take time to deploy and slow us down. 2-4 mana infectors are the majority of what we’ll include, with the notable exception of Phyrexian Swarmlord, Phyrexian Juggernaut, and Putrefax as our backup haymakers. 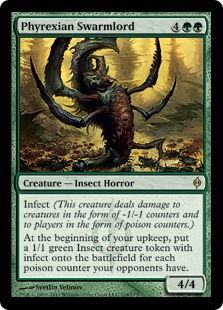 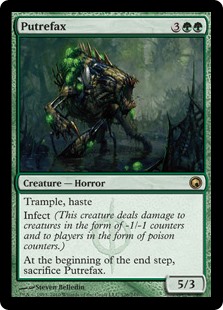 Of course, we’ll also be playing Swiftfoot Boots and Lightning Greaves, both to protect and hasten our infectors (even though the latter is a nonbo with our commander).

Since our infectors typically have low power, they make poor Varolz targets. We can mitigate this with a package of tutors like Fauna Shaman and Entomb.

In addition to this, we’re running the best tutors we can like Vampiric, Demonic, and Worldly to ensure we can get our engine up and running.

To ensure we’re able to dump cards from our hand if we accidentally draw them, we’ve got a few discard outlets. 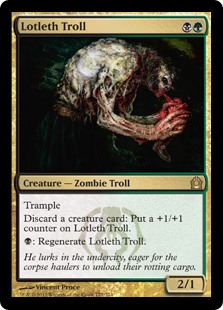 Our best cards to discard are large creatures with a high converted mana costs, because they have the most value as scavenge targets.

Golgari has arguably the best removal of any color combination, barring Orzhov. Packing a number of versatile and efficient removal spells allows us to disrupt our opponents’ combos, clear blockers and answer hosers like Melira, Sylvok Outcast and Rest in Peace. 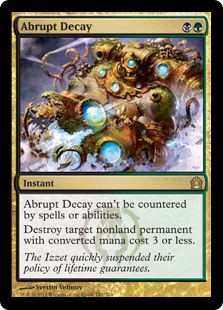 Since we’re very worried about instant speed removal shattering our glass cannon, we’re running all the best “counterspells” that Golgari can offer. 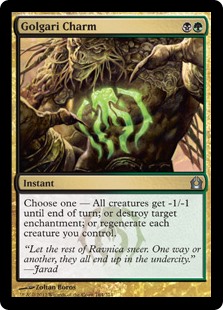 Because we’re trying to attack with an infector by turn 3-4, we want cheap ramp effects that get us a turn or two ahead so we can play a four drop on turn three or a three drop on turn 2. 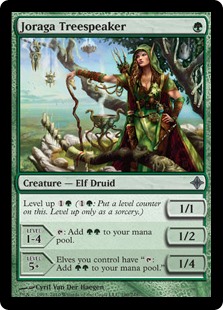 Bringing it All Together

I think this deck definitely deserves some tweaking with respect to ratios, but that’s largely dependent on your meta. If you can forgo the removal and add infectors or “combo” pieces, then definitely go for it. If you find you’re getting hosed or your infectors don’t stick, consider adding more effects that give your creatures hexproof. If you don’t know anyone that plays blue, maybe don’t play Choke.

Either way, I hope you can have fun with this list and maybe take the table by surprise.