In just a few days, one of the most prestigious events of 2019 will kick off in Long Beach, California. I am, of course, talking about the Mythic Championship, specifically the VIIth… errr… the 7th of the year. Standard will once again be on display, but before you decide not to watch it, remember that since the last Mythic Championship, Oko, Thief of Crowns, Once Upon a Time, and Veil of Summer have all been banned, meaning the format is significantly more wide open, and Mythic Championship VII, as the first major event since these bannings, is going to be very exciting to watch.

Part of the intrigue of this upcoming weekend of high level competitive play is that it is hard to know how the tournament will turn out. For Mythic Championship VI, and for a few tournaments before then, the community was more or less aware of how the three days were going to play out. That, luckily for us, is not the case this time around! Here are my 7 predictions for how Mythic Championship VII will shake out:

#1: Cat-Oven Will be the Dominant Deck 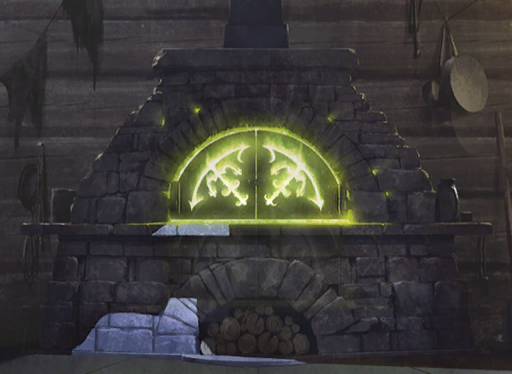 I’m going to try to not overreact, but I think it is fair to say that most competitors have recognized that the Cat-Oven deck, in whichever form is preferred at that moment, is the best deck in the format. The real question that is set to be answered this weekend, however, is by just how much. I wrote about this deck a bit in previous articles, so I won’t get into the weeds of why this deck is particularly strong, both in this particular metagame and in a vacuum. Needless to say, the presence of the Cat-Oven combo has somewhat invalidated traditional Standard Magic gameplay.

I’m not saying that Cat-Oven will see the ~70% representation that the Oko Food decks did previously, but I would not be surprised if both competitors and viewers left the tournament with the shared understanding that Cat-Oven is the best deck in the format.

#2: A Discretionary Invite Recipient Will Top 4

I could spend an entire article talking about the pros and cons of discretionary invites, as well as the community’s reaction to them and why I think it speaks to an overall problem with how community members behave towards each other, but thankfully this is not that article.

Because everyone who received an invite is an excellent player, and Magic tournaments are never indicative purely of skill (that’s why we love them), I feel pretty confident in saying that someone with a discretionary invite will really stand out this weekend.

Jeskai Fires, to many, is the defacto second best deck in Standard at this moment in time. I think we will see this hold true at the Mythic Championship this weekend. The sheer power and explosiveness of Jeskai Fires is enough to win many games that a “normal” Standard deck would not.

Artifact/Enchantment hate is very likely to be out in force, both in mainboards and sideboards of competitors’ decks, but I think that Jeskai Fires has the potential to grind through hate. While it may not have an incredible matchup against the Cat-Oven deck, I’d say it’s about 50/50, players will certainly be looking for a viable option that doesn’t involve cooking cats over and over again, and Jeskai Fires is a fantastic option in that regard.

#4: There Will be Issues with Arena

Arena has, in nearly every way, been a smashing success for Wizards of the Coast. It made Magic the most approachable and worldwide it’s ever been, it made Magic become an esport (I have many feelings about this), and it has paved a path forward for Magic’s evolution. However, it has also had some fairly notorious gaffs as of late. Arena players know the performance issues that Arena has after nearly every update, and in some ways, Arena feels a bit like a balloon with a hole in it. Wizards spends time frantically putting its finger over the hole to patch an issue, but then another pops up. They then spend significant time fixing that one, and so on and so forth. This has, at least as it appears from the outside, slowed development of new features that players have been asking for.

There were reports at the last Arena Mythic Championship of several issues with the program, and even having to restart matches. While it wish it weren’t the case, we are very likely to see more issues in this vein arising this upcoming weekend. I firmly believe that Wizards intends to fix Arena’s issues, but it may just take an on-camera issue to make it a top priority for them.

#5: Someone on Coverage Will Call it the “Pro Tour”

I don’t know who. I don’t know when. But I definitely know that someone will refer to the Mythic Championship as the Pro Tour. Magic, specifically Organized Play, is in a massive state of shift at the moment, and, to be honest, I do quite enjoy it when someone on coverage, be it player or caster, momentarily forgets the proper branding for these events.

#6: Someone Will Bring an Innovative Deck and Do… Okay

There is plenty of room for innovation and plenty of really sweet decks that haven’t quite had their moment in the sun yet. Due to the bans, Mythic Championship VII has that exciting early-format feel that we used to get with every Pro Tour. While “breaking the format” seems unlikely, if not impossible due to the sheer amount of people and games that are being played on Arena every day, thinking outside the box can still be massively rewarded.

Some cards to look out for that fit this mold include Lucky Clover, The Royal Scions, Niv-Mizzet, Parun.

#7: Mythic Championship VII Will have the Most Viewers of Any Magic Stream Ever

This one is a bit bold but hey, that’s what predictions are for. There are many factors that go into viewership figures on Twitch, especially for large events such as this one with large prize pools, but this event has the feel of one that could break records. Standard is healthy (or healthier than before), Magic’s popularity is only growing, and well-followed creators and influencers are participating.

Mythic Championship VII has room for a significant number of storylines to follow, players to root for, and potentially even history to be made. When I was first getting into Magic and had roughly zero clue about what any of the cards did or what good strategy was, I couldn’t help but to be so excited for the upcoming Pro Tour that I couldn’t sleep. Getting up early, turning on Twitch, and watching history unfold was a huge draw to Magic for me. Maybe it’s because I’m getting jaded or maybe it’s because Magic has evolved so much over the past few years, but I don’t quite feel that everyone has this sort of excitement anymore. I hope we can find that again this weekend, as we begin to look towards Magic in 2020.

Interested in the Cat-Oven deck mentioned in this article? Check out Jonah’s article all about the best deck in Standard right here at reasonspast.com.